In 2022, the third generation Mucus pro equipment is presented: the new Bulova development is absolutely environmentally friendly – it does not contain ozone. Ozone, being an oxidizing agent, affects the quality of protein products – snail mucus.

In the complex process of industrial secretion of mollusks, ozone performs the function of initial irritation of the nervous system of mollusks and provokes the release of internal secrets (protective mucus), and not disinfection (reduction of bacterial load), as is commonly believed. A possible decrease in the bacterial load of snail mucus is a consequence of the oxidation of proteins (mucus), which leads to the oxidation of the finished product: an increase in acidity (a decrease in the Ph level) and qualitative changes in the substance.

The new generation of Mucus pro equipment has abandoned the use of Ozone as the primary acidic irritant of the mollusk, replacing it with the absolutely safe “Mucus pro – ultra sound” technology. For two years, Bulova has been developing a technique for influencing a mollusk with ultrasonic sound in a range not accessible to human touch, more than 20,000 hertz (the exact range of the wave is a commercial secret of the technology Mucus pro). 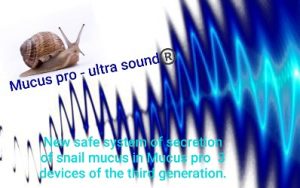 Mucus pro 3 (third generation) snail mucus secretion equipment is now even safer, and the quality of the finished product (snail mucus) is even better. 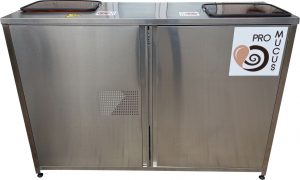 Hardware modifications will not affect the cost of Mucus pro hardware. Although the  “Bila M.” company announced an increase in retail prices for Mucus pro equipment in 2022 due to a significant increase in world prices for stainless steel.

Undoubtedly, the use of acidic reagents and ozone oxidizer are a thing of the past. The secretion technology of snail mucus becomes completely natural, and the quality of snail mucus is not affected by chemical processes. 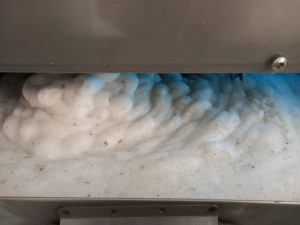